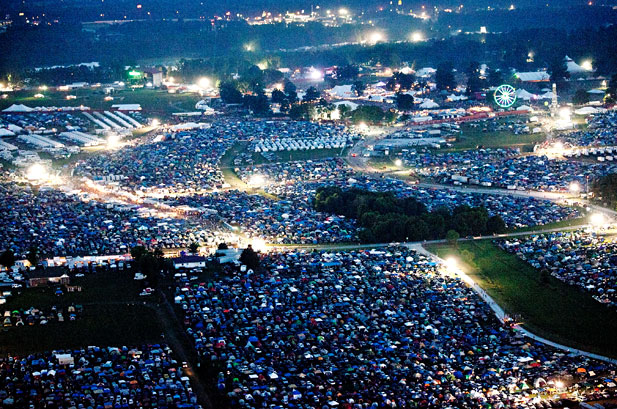 When announcing a lineup, the average modern festival doesn\’t do anything out of the ordinary. It\’s usually a simple introduction to a list of acts, maybe divided into different phases at most.

Already known as one of the most prestigious festivals in the country, Bonnaroo Music and Arts Festival is a four-day celebration featuring some of the world\’s best musicians. Taking place in Manchester, Tennessee, a trip to Roo is a sure way of starting off the 2015 summer season properly.

To announce the festival\’s stacked lineup, fans had to call in to get the name of one of the acts; after receiving the name, fans then were to get on social media and creatively post the name of the act. The most creative ones were then shared on their official page and slowly but surely, the lineup was pieced together. This announcement was a first of its kind and surely the coolest and most suspenseful way to debut a lineup.

A number of electronic-based acts are also included in this year\’s lineup. Attending Roo this year will be Deadmau5, Bassnectar, Flume, STS9, Flying Lotus, ODESZA, Rudimental, Gramatik, SBTRKT, Tycho, and a few others.

Get ready for June 11th, the Thursday that Roo will open its gates for the weekend. Tickets go on sale Saturday, January 17th, at 11 AM Chicago time. Click on the link below for more.