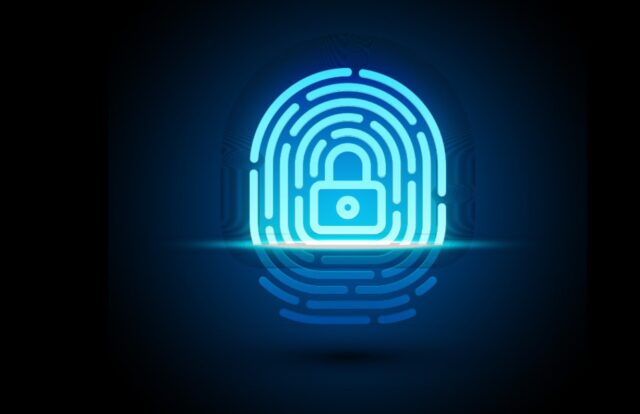 It has been three years since Apple introduced FaceID and twice as long since it introduced TouchID. Quite a sufficient time frame to settle opinions and experiences, don’t you think? So, is FaceID really the true successor to TouchID?

The standard story around which it is not worth spending a lot of words is whether Apple did something first or not. Either way, the iPhone 5S brought TouchID to Apple phones for the first time. Thanks to the specific shape of the home key, Apple initially had an advantage over the competition. For example, anyone who used both the 5S and the Galaxy Note 4 at the time knows – while the 5S only needed to put your finger on the home key, the Note 4 required you to swipe your finger over the home key. Sometimes it worked, sometimes it did not, and it was very, very frustrating. You could forget about unlocking with one hand.

However, the age when Apple was actually a great innovator is long gone. Now it seems like everyone else is doing something before it and then when Apple does it, it becomes a generally accepted standard. So, with the introduction of the iPhone X came FaceID. TouchID has left our lives (at least on newer devices) because the physical home button has also disappeared. FaceID recognizes your face and represents a step forward in the evolution of phone unlocking, even though Apple has announced a new feature. Is that so really?

FaceID ‘on paper’ works great – you pick up the phone, look at it, and it unlocks. How awesome is that? Does it actually work that way? Yes, it does. However, there are certain problems…

Although Apple states that FaceID ‘sees’ through glasses, we failed to achieve that in 99 % of cases. Whether you have the famous Ray-Ban (say, Wayfarer) or other brands of sunglasses, testing on them as well as on all other glasses showed that FaceID simply does not recognize the face. For example, only every 10th-time, FaceID manages to recognize a face through glasses, perhaps due to certain refraction of light or similar.

Therefore, during the summer months on the street, TouchID beats FaceID. The reason is simple – infrared sensors, i.e. cameras, simply cannot penetrate certain glasses. You can solve this problem to some extent by turning off the “Awareness” option for FaceID, allowing the camera to detect and unlock your phone without you looking at it. This is, of course, a security issue (which the iPhone itself will warn you about) but if you are willing to take that risk, go ahead.

Everyday Work in the Office

Many people use the phone in the office by placing it on a holder or standing it up close to the computer screen. It may not be the best for productivity, but believe us, it is handy. In this specific case, FaceID is definitely a better solution than TouchID because it is enough to look at the phone and it will unlock, while with TouchID, due to the position of the phone, you cannot even touch the fingerprint read button.

Unless your phone is set to see your face directly, any contact and unlocking are much easier on the TouchID device. It is simply easier to press and unlock the home key with your finger than to move the whole phone in the direction of your head to detect you and unlock it.

The Speed of Unlocking and Starting

Theoretically, FaceID should be a faster system, but in practice, it is not. Even if it detects your face immediately, it takes half a second to a second to do a ‘simulation’ of unlocking and unlock the screen. TouchID works much faster here.

On the other hand, a bigger problem may be that FaceID often cannot detect your face, so you look at it, move the screen, try to recognize it… in all that time, TouchID would have unlocked the device a long time ago. Eventually, with FaceID, you will actually have to enter the PIN to unlock.

Just like wearing sunglasses is ‘kryptonite’ for FaceID, TouchID, logically, has another set of problems. In case it is winter and you wear gloves, you will not be able to unlock the phone. Also, if your hands are wet for any reason, the scan will not be successful either. FaceID does not have these problems.

Lying in Bed or Strange ‘Angles’

Although Apple stated that FaceID learns over time and adapts to your face, honestly, we have not been able to notice anything like that. As much as it was a problem to turn it on and unlock it at the start, so it was a few months later.

This is especially frustrating when talking about some unnatural poses – for example, if you are lying in bed on the side and want to look at something on the phone (perhaps place a bet on the website of some of the best online bookmakers listed by the link), or if the phone is on your chest and you are looking at it, and the like.

In this small and completely subjective test, TouchID won 4-2 but that is, of course, only because the use is individual and something different suits everyone. What is a pity in this specific case is that Apple missed the opportunity to leave TouchID with the new phones and introduce FaceID because such a combination would actually be the best.

The patents reveal that Apple also thought about this, but who knows what reasons led to it not being so. Knowing that the competition has had this type of support for a long time, it is clear that technical limitations are not the reason. 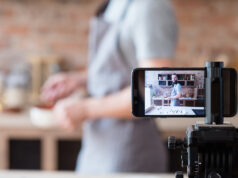