Home History Why Is It Important to Preserve and Conserve Cultural and Architectural Heritage?

Our heritage in some part defines who we are which is exactly why we all need to conserve all of our cultural and architectural heritage. Some of the most beautiful ones out there are tied to a specific nation or culture while others are a mix of two, and that is unique in their way.

Cultural heritage needs to be defined and explained so you better understand its importance. We will start with the origin of the world heritage. Heritage originates from the French word “Heriter” which means “inherit”. All of our countries have their heritage and some are more famous than others. A heritage site is defined as “a historical site, a building, or an area of the unspoilt natural environment, considered to be important to a country or area’s heritage”.

The task of preserving both cultural and architectural heritages is difficult. There is a timeframe in which something falls into the cultural heritage and is protected by UNESCO but until then, what and how do you protect something for future generations to see and learn from it. Well, the answer is easy and you can find it here.

Today we will be talking about the preservation and conservation of cultural and architectural heritage, and the role science has in that. If you are interested in this stay till the end of the article.

The best way to simply explain cultural heritage is to say that it is a legacy that we received from previous generations. As stated before it can be anything from a collection of sites, objects, traditions that bring together, art, history, and all other values of different cultures around the globe. Most people into this will tell you that it is way more than pure traditions. It is about lessons we can collectively learn from those, lessons about our ancestors, who they were, how they lived, what they believed in and so on.

An important thing to note here is that all cultural heritages consist of tangible and intangible heritage.

Most of you will easily get the differences and you will know that tangible heritage will consist of physical items such as buildings and archaeological sites. Most of us know about one of the most famous sites they are the Pyramids of Giza in Egypt. There are more candidates similar and they are the Pyramids of Chichen Itza in Mexico or the biggest building in the world – The Great Wall of China. All of these are physical representations of different cultures around the world. One more thing that falls into this category is other tangible artefacts that are usually found in these historical places. They are usually stored in private collections, and museums and these can be anything from paintings, books and parchment papers to statues and vases.

Another thing, that most of you forget or fail to count as heritage is our world’s natural heritage. If you think about it, all the natural wonders and beauties of this world are and should be considered the cultural heritage of everyone. There are so many of them, and some are under the protection of UNESCO. Those that come to mind are the Galapagos Islands in the Pacific Ocean and Ilulissat Icefjord in Greenland, but there are much, much more. We do not think about these things in a matter that means something which is why we are talking about these things today. If you think about it hard the world’s natural wonders and beauties are there for all of us, and these will, after some time, be looked at as something we managed to leave behind us or preserve in top shape. This will help those, coming after us, define who we were and what we valued during our time on earth.

Finally, we are to the part of our heritages that are considered intangible. Everything that falls into this category is beliefs, traditions, knowledge and skills that are being transferred from one generation to other. There are numerous examples of these types of heritages, and one of the biggest is the Mexican festivity – The Day of the Dead. The example of knowledge and skill is deeply planted in the Chinese traditional medicine practice of acupuncture. There are more but these are probably the most famous ones that can easily explain to you what we are thinking about.

Now since we mentioned UNESCO several times, those of you that aren’t familiar with it probably are wondering what it is. UNESCO is the United Nations Educational, Scientific and Cultural Organization. UNESCO has a mission and part of that mission is to protect the world’s cultural heritage. They dedicated their existence to finding new heritages and preservation of both these and the old ones so we could all present those to our children and our children to theirs.

The topic of preservation of these heritages is a bit tricky and most of us get it in our way. The bottom line is that we all must band together and make a collective effort to preserve these things that make us who we are and that define us as human beings. Besides just physical preservation we also have to invest more into heritage sciences because they are the ones that are responsible for dating and explaining certain things. Without them, we would not know how old a particular object or location is or what it was made out of. Besides just dating and dissecting materials and other things, heritage sciences can help in the conservation of the heritage by determining environmental factors to which something can or can’t be exposed. This will also allow them to find the best conservation conditions based on the chemical compositions of different objects and sites.

There is a global effort for each of our cultural and architectural heritage to be tracked down and preserved because this is what tells the story of each and one of us. It tells who we were, what we did, who we became and, in some cases, it can show where we are headed. This is why it is very important to use all of our collective effort and knowledge to help preserve and conserve all of this. Some day it will tell a story of inhabitants of this world who cared or couldn’t care less about what and who they are and were. 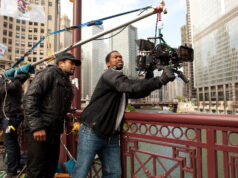