Hit-and-run accidents occur about six times each day in this country, and the number of hit-and-runs has increased over the past few years. What is very surprising is how many of these accidents involve striking someone like a bicyclist or pedestrian but then continuing to drive despite the fact that drivers know they very well may have injured or killed someone.

It may be difficult to understand why someone would leave the scene of an accident, and this is most likely because you cannot imagine doing this yourself. The average person would want to get help for the victim, but hit-and-run drivers seem to simply not care. There are a few reasons that may explain this behavior.

It is possible that someone who is involved in an accident leaves due to fear. In some cases, their adrenaline may trigger the “fight or flight” response in the brain. If one of the people involved in the accident reacts in anger, it may push the other driver to simply get in their car and flee. Others may not know what to do and feel that getting away from what is causing them stress is the right thing to do.

The good news about this group of hit-and-run drivers is that it is the least dangerous one since most of these drivers eventually turn themselves in. And the most guilt-ridden are teenagers and young adults. When the adrenaline rush goes away they realize what they have done and they put up with the consequences.

Some drivers leave the scene because they feel the damage was minor. This is common when a car is damaged when it is unoccupied, such as in a parking lot or parked in front of a house. Because there is no one there to see that the accident happened, the person responsible leaves in order to avoid the consequences of the accident.

To Evade the Bigger Consequences

According to a small Belgian study, a little over 40% of hit-and-run drivers are also impaired at the time of the accident. So, it is very tempting for those drivers to avoid the harsher penalties tied to the second offense by driving off the scene. The same goes for drivers with a suspended license, without insurance, or with car insurance but not wanting their premiums to go up after a crash.

There is also a defense strategy that suggests leaving the scene, going home, and having a drink so the hit-and-run driver has an excuse for their blood alcohol content. For this reason, some states have instituted harsher consequences for those who flee the scene of an accident and are later shown to have a high blood alcohol content.

On the other hand, fear of harsher penalties can only encourage drivers to flee the scene even when the victim may be injured and needing emergency care to save his or her life. That’s why more and more states have been changing the rules and now apply the same penalty for all hit-and-run drivers regardless of whether they are under the influence at the time of the crash.

Driver Isn’t Even Aware He or She Hit Someone

Many drivers leave the scene of the crash because they don’t even have knowledge of what they have done. A driver who hits someone in the night might believe that he or she hit a bump in the road, a pothole, or a wild animal. It is a common excuse for hit-and-run drivers to say that they thought they hit a deer.

However, some drivers tend to rationalize the accident and simply block it out from their minds. Mentally stable people will overcome this phase and accept reality at some point, but there’s a handful of people who will never admit they’ve done something wrong. Those are the most dangerous hit-and-run drivers: the sociopaths.

Some drivers flee the scene simply because they don’t feel any remorse. Some of them even blame the victim in their mind for the accident. Some of them feel like they are the real victim. This group is very small but extremely toxic. They’ll argue over who is to blame to the bitter end and they won’t admit fault even if a final verdict is handed to them in court.

These drivers have a serious personality disorder that doesn’t allow them to see the consequences of their actions. They may rationalize the crash because admitting fault would shatter their fragile ego. So, instead of facing the consequences, they would rather blame and gaslight the victim into oblivion. This group is the most likely to be slapped with the harshest punishments.

What to Do After a Hit-and-Run Accident?

Fleeing the scene of an accident is a crime, so there’s no question about whether to call the police. Don’t follow the vehicle that is leaving as you could also face leaving the scene charges. You may also miss witnesses who saw what happened or may have gotten details on the other car you missed.

The police will provide you with a report which you will need for your insurance claim. Try to collect as much information about the other car as possible, including:

If you have been injured in an accident caused by a hit-and-run driver, it is important to contact an attorney. Because fleeing the scene of an accident is a serious crime, the other driver may be facing criminal charges which could lead to court appearances and other legal ramifications for you.

If the hit-and-run driver is caught, you will need help from a car accident attorney to recover all your medical expenses and property losses. Most car accident attorneys work on a contingency basis which means that they won’t charge you unless they win your case (You can find more details here.) An attorney is also great to have around if the at-fault driver is underinsured or not insured at all.

A lawyer can protect your rights and get you the compensation you deserve under the law. They will deal with the insurance companies if the driver cannot be found and guide you through the legal process if the driver is located. 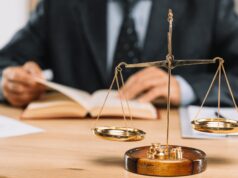 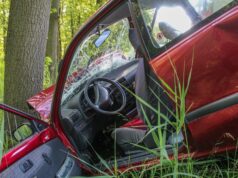 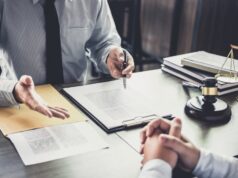 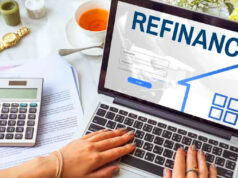 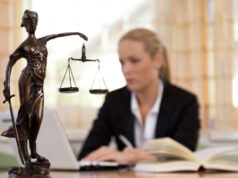 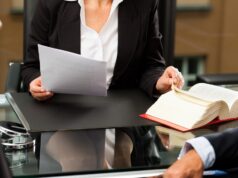